Warning: "continue" targeting switch is equivalent to "break". Did you mean to use "continue 2"? in /homepages/43/d336228784/htdocs/PTN2017/wp-includes/pomo/plural-forms.php on line 210
 Free Services That Can Help You Find New Music - PingTheNews™

Free Services That Can Help You Find New Music 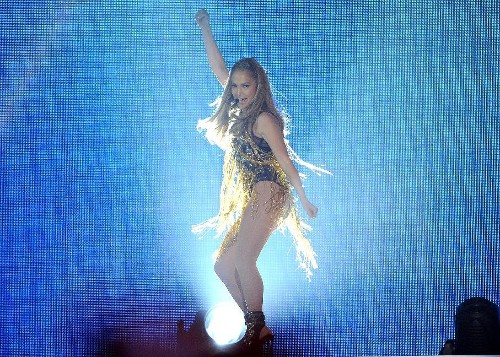 It’s about time to find your song of the summer.

Luckily, the Internet provides us with plenty of tools to do just that. Below, Yahoo Tech has compiled a list of some of the best places to dig up some fresh tunes. Let us know what you find. In the meantime, Mariah Carey’s leading our list.

SoundCloud
SoundCloud seems as pure as any music space can get these days. The site and iOS/Android app is a social media network dedicated to the free distribution of music, podcasts, speeches, comedy series, and whatever else fits into the endless realm we call “audio.”

It’s become a hotbed for emerging artists, DJs, and electronic musicians, who pay a yearly subscriber’s fee to submit their work into the heavily trafficked social network. It’s a great place for a new artist to gain recognition, or for a well-established one to test tracks of new sounds he’s trying out.

But there’s something particularly unique on SoundCloud. When a new pop track comes out, the site rallies to create its own musical conversation around it. Take Beyoncé’s “Drunk in Love.” Just as YouTube parody after YouTube parody of the video tumbled onto the Internet, so did SoundCloud tracks. Up-and-coming female hip-hop artist Angel Haze rapped over it. The super-popular deejay Diplo remixed it. And R&B heat-seeker The Weeknd made his own rendition. And that’s just three of many.

Songza
Songza is a desktop, Android, and iOS app that helps you discover playlists based on mood, activity, time of day, and — most recently — weather. These playlists are crafted by the company’s in-house music experts. Over time, the app uses an algorithm to learn your habits: for example, what time of day you listen to what, or what songs you’ve skipped.

This is a great app for anyone who wants to feel like she has a personal soundtrack playing at all times during her life but doesn’t actually want to curate it herself.

The catch? You’ll be stuck listening to an ad before the start of every playlist. That can add up if you can’t commit to a particular mood or activity within the app.

Shazam
Shazam is music discovery on the go. If you hear a song you like in a bar or a boutique, you can whip out your phone, open the app on iOS or Android, and tap a button. It’ll listen to the song for a couple of seconds and then present its best guess as to what song it is.

It’s magical in theory, but limited in practice. Oftentimes places where good music is playing tend to be noisy, and the app isn’t great at cutting through background noise to get to the core of the sound. But when the stars align and it works, it’s a wonderful thing, and a great way to capture a jam you hear at a bar, club, or restaurant.

Mixcloud
As I wrote back in March, Mixcloud “brings that obsessive High Fidelity touch back to how we listen to music.” The desktop,iOS, and Android apps are organized so that contributors — what Mixcloud calls DJs — can load expertly composed playlists onto the site. When a person clicks one of these mixes, he’ll be brought into what could be, for example, an hourlong atmospheric mix of tracks. But unlike your traditional mixtape or burned CD, the listener will be able to see the name and artist of each song from one transition to the next.

Ultimately, it’s one of the most human of the musical experiences out there. There are no pauses in between the music, no playlists created by software: just digital mixtapes that convey the feelings, moods, and tastes of their authors.

Jukely
For those who enjoy learning about new music by attending live shows, Jukely is your service. The iOS app connects to your other music players — Spotify, Rdio, Last.Fm, SoundCloud, iTunes — to analyze your musical tastes. From there, it syncs your likes and listens on each service and then generates suggestions for concerts in your area. It will also attempt to match you with any other friends who use the app and might also be interested in that concert. That way, you can see a new band but don’t have to attend alone.

Yes, there are lots of moving parts to the mix, and coordinating a concert date is never easy (especially if the person you’re paired with is only an acquaintance). But Jukely is a great way to keep your ear to the ground for great new music playing in your area. God knows how hard it is to keep up.

NPR Music
Over the past couple of years, NPR’s music department has been quietly building an incredible music service. It’s home to many an exclusive album preview and also hosts something called Tiny Desk Concerts, taped performances of well-known musicians from within NPR’s music office. The station’s iOS music app features all these things, not to mention a wide variety of radio stations. One of my favorites is “All Songs Considered.”

It’s also worth noting that NPR Music is one of the best places to find new jazz, classical, and world music. Now if only you could download a particular station session to listen to without a WiFi connection.

This Is My Jam
If you feel overwhelmed by the sheer amount of new music coming at you each day, This Is My Jam is probably for you. The website asks you to choose whatever song it is that you have stuck in your head that week. It then tags your profile with that song for an entire week. As you interact and follow people on the network, you’ll be able to see what your friends and fellow TIMJ members can’t stop listening to as well.

This online service is also home to a recently released feature called That One Song, which allows you to search for the most beloved songs of any given artist or band. In some cases it will connect you with a one-hit wonder’s sole accomplishment. In others, it’ll help you sift through a talented, prolific musician’s discography to find the gems.

I Heart Radio
Perhaps you enjoy listening to the radio personalities of your hometown, current or past. I Heart Radio allows you to see what’s on the lineup of handpicked music and talk stations from around the nation. It also has a mood-matching feature similar to that of Songza, in which it suggests a station for particular life events, like being stuck in a traffic jam or working out. And then there’s the option to create your own personalized station by making a list of your favorite artists. Spend five minutes thinking of all the music you want to hear, and I Heart Radio will automatically generate a playlist that contains tracks from those and similar artists. Get it on iOS, Android, or Windows.