Warning: "continue" targeting switch is equivalent to "break". Did you mean to use "continue 2"? in /homepages/43/d336228784/htdocs/PTN2017/wp-includes/pomo/plural-forms.php on line 210
 Report: Amazon adding music streaming to Prime - PingTheNews™ 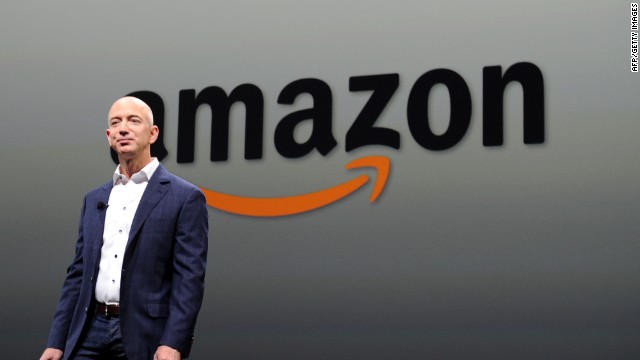 (CNN) — OK, at this point, who doesn’t have a music streaming service?

According to a new report, Amazon will be entering the crowded field this summer, joining such rivals as Google, Microsoft and Apple in trying to find new, profitable ways for digital users to get their tunes.

The company plans to make on-demand music streaming available as part of its Prime service by June or July, according to BuzzFeed, which cited five unnamed music-industry sources in its report.

Prime will, at least initially, restrict its music offerings to songs and albums that are at least 6 months old, according to the report.

Even with a $20 price increase in March that bumped its annual cost to $99, many users already considered Amazon Prime one of the Web’s best bargains. For $8.25 per month, members get two-day shipping on many purchases and the ability to borrow Kindle books and watch streaming movies and TV shows for free.

Before March, the price of Prime hadn’t changed since it debuted nine years ago.

Free music streaming would be one more reason for people to sign up and, perhaps more important to Amazon, would keep them in the company’s corner of the Internet, where spending money is always just a click away.

The move comes as consumer tastes are veering sharply in the direction of streaming as opposed to outright purchases.

Digital music sales were down roughly 13% in the first quarter of this month, according to Nielsen. Meanwhile, revenues for subscription streaming services were up 51% in 2013.

The market is led by Pandora, the Internet radio service that’s the most popular music-streaming platform in the United States, and Spotify, an on-demand service that has a large following in Europe.

And this week, Apple confirmed plans to buy Beats Electronics and Beats Music. Much of the focus has been on Apple’s pickup of the trendy headphones that millions already use with their iPods and iPhones. But Apple also gets a music-streaming service that, although it has only about 500,000 users so far, has been praised by critics for a suggestion engine that combines a complex algorithm with human curation.

Amazon did not immediately respond to messages seeing comment for this report.

A place for tips, technology, freebies, deals, how-to's, Inspiration and the latest information for Connected Generation.
Previous EBay Customers Must Reset Passwords After Major Hack
Next Facebook is cutting back on spammy auto-posts