Warning: "continue" targeting switch is equivalent to "break". Did you mean to use "continue 2"? in /homepages/43/d336228784/htdocs/PTN2017/wp-includes/pomo/plural-forms.php on line 210
 The Best Chromecast Apps - PingTheNews™ 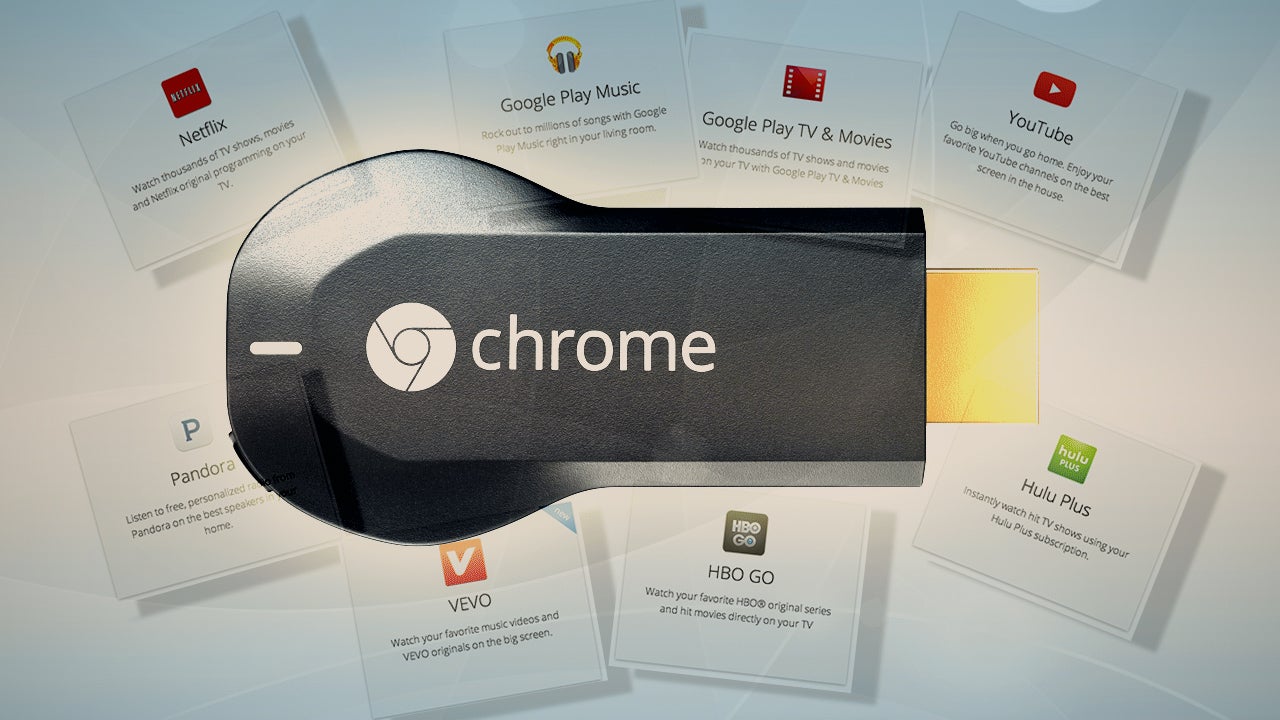 Around a month ago, Google finally released the Chromecast SDK. What this meant for us is that shiny new Chromecast apps would be coming down the pipe. And pipes they most certainly have come down! Here are some of the best (and most essential) apps for your Chromecast.

Allcast, created by Koush—a CynaogenMod Inc. developer and creator of ROM Manager, ClockworkMod Recovery and plenty of other apps—allows you to stream your photos, videos, and music from your Android device directly to Chromecast. The app has a bright and easy to use UI and, in addition to supporting the Chromecast, it also allows you to stream to your Xbox, Apple TV, Roku, or a number of other media receivers. It also very recently gained the ability to stream content from a DLNA server on your network. So you can use your phone to send movies on your desktop to your Chromecast-equipped TV without any extra configuration. Neat.

Screen mirroring on Android isn’t the easiest thing to accomplish, nor is it all that useful on an everyday basis for most people. If you’re in the group that does need it, though (and you have root access), Mirror can help you out. allows you to echo your phone’s display on any Chromecast device.

Not content with allowing you to stream video from your browser on the desktop, Google is working on casting from Chrome itself. Right now, the feature is only available via Chrome Beta but once it’s on, many video sources that haven’t explicitly enabled video streaming support can be sent from your phone to your TV. Be forewarned that, as a beta feature of a beta app, it’s pretty buggy right now, but it does work for some services.

If you were looking for a reason to see the Chromecast as something more than a toy, this might just be it. BubbleUPnP allows you to stream everything from your networked storage or media servers. The Android app itself allows you to send content on your phone to the Chromecast if it’s in a supported format (P3, AAC, Vorbis, MP4 and MKV H264, images). However, you can also set up a BubbleUPnP server on a Windows, Mac, or Linux machine to stream any transcoded media. There is a $4.69 premium license for removing a 20-minute limit on transcoded streaming, but it’s a small price to pay to turn any display with an HDMI port into a receiver for your media server.

Dayframe was initially designed to turn your Android devices into a digital picture frame-like device when not in use. While neat by itself, the recent addition of Chromecast support makes it ideal for sharing your vacation or event photos on your TV. As a bonus, Dayframe can pull photos from Facebook, Dropbox, and plenty of other sources so you don’t have to have your content stored locally to put in your TV.

On the iOS side, Photo Cast can perform a similar function, though in a somewhat more limited fashion. Photo Cast can’t access your pictures on cloud storage, but it can share your Camera Roll pictures to the TV.

We’ve talked before about how to use Subsonic to roll your own media server. Android app DSub can tap into your Subsonic media collection to stream music to your Chromecast, whether it’s stored on your server or your phone itself. At the moment, this is limited to only music files, but more features are said to be coming to the DSub beta.

If music is all you care about (or if you’re using an iPhone), you can also use Google’s Play Music app for this same purpose. Google allows you to upload a huge number of songs up to its cloud storage locker, which can all be streamed to your Chromecast on either Android or iOS.

On top of all of these sweet apps that can do clever things, there are also the obvious, major apps with Chromecast support that are worth checking out. Some of which you might already have installed, but might not know it until you actually hook up your Chromecast: